The present of Ukrainian cities as a result of the invasion of the Russian army. Day 163 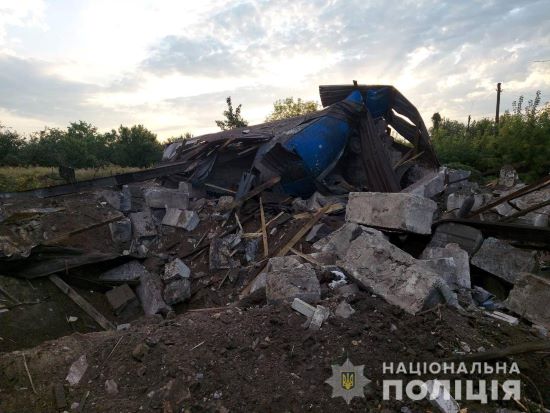 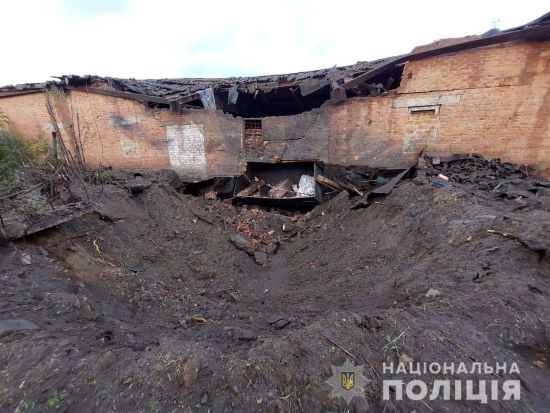 Kharkiv region: At night, Chuguiv was again subjected to rocket attacks by the occupiers
As a result of the shelling, two residential buildings were destroyed, utility buildings and garages were damaged. There are no casualties among the population.
On August 5, the invaders launched four S-300 missile attacks on Chuguiv.
Employees of the investigative-operational group, forensic experts and explosives experts went to the address. The police seized evidence. 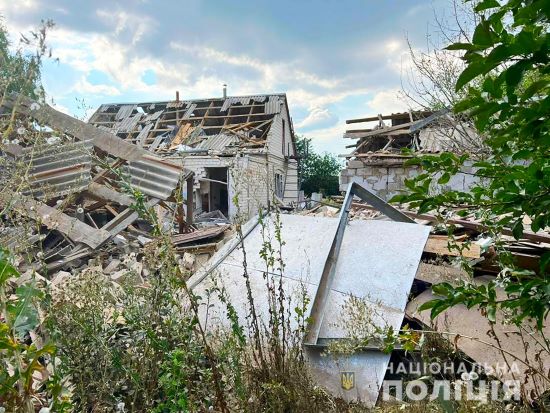 The enemy hit Zaporizhzhia and the settlements of the region: the police are documenting the consequences of shelling over the past day.
Yesterday, during the day, the police recorded 34 reports of enemy shelling of the Zaporizhzhia region. As a result of arrivals in the regional center, a state-owned object and several apartments in a high-rise building were damaged. Private houses and other civilian infrastructure were heavily damaged in the area. The victims have not been identified. 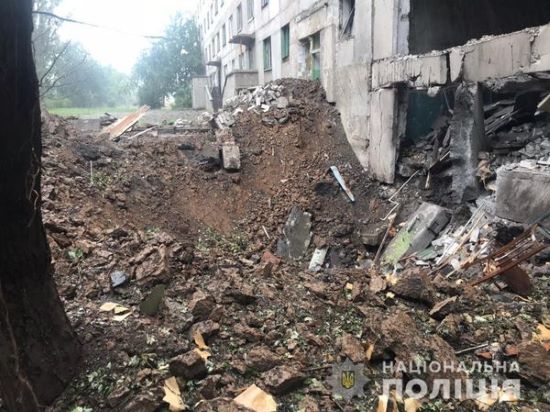 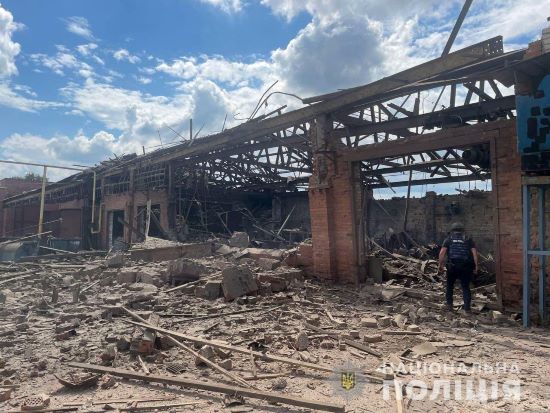 Donetsk region: Police officers documented 25 crimes of the Russian army against civilians per day.
The Russian military shelled 16 settlements, there are casualties. Among the wounded are three children.
38 civilian facilities were destroyed and damaged – 25 residential buildings, including 11 apartment buildings, a church, two public transport stops, an enterprise, a supermarket, a hotel, a coking plant. 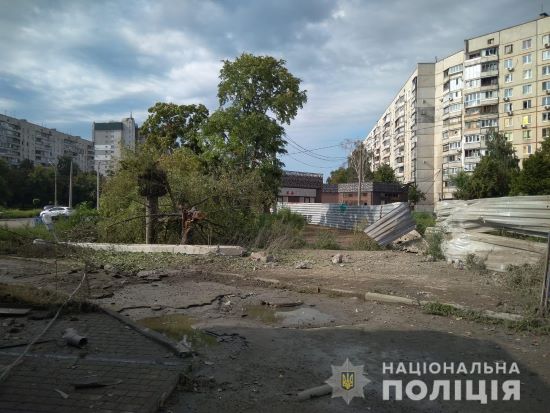 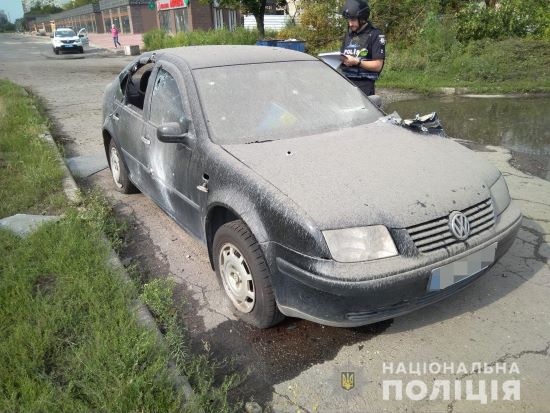 Kharkiv police are documenting the aftermath of Russian shelling of Saltivka.
The ammunition hit near the shopping center. In some places, walls were destroyed, windows and doors were shattered, and a car was also damaged. There are no injured citizens.
The Kharkiv regional police departments No. 1 and 2 received reports that on August 4, at about 22:00, Russian troops fired on a residential microdistrict.
Investigators, criminologists, explosives experts are working at the scene. Law enforcement officers are conducting an inspection, seizing fragments of ammunition, documenting the consequences of shelling. 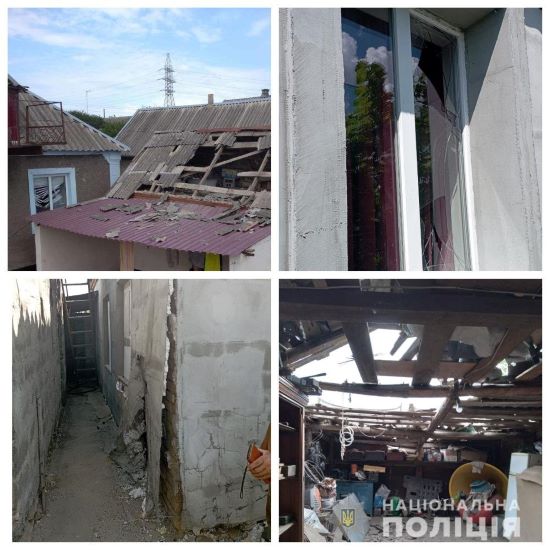 Kherson region: Over the past day, the police opened 20 criminal proceedings on the facts of war crimes of the Russian army.
In the Kherson region, due to shelling by Russian servicemen of the villages of Belogorka, Ivanivka, Potemkine, Osokorivka, Posad-Pokrovske and Knyazhivka, local residents were seriously injured, there are dead, and private houses were destroyed. 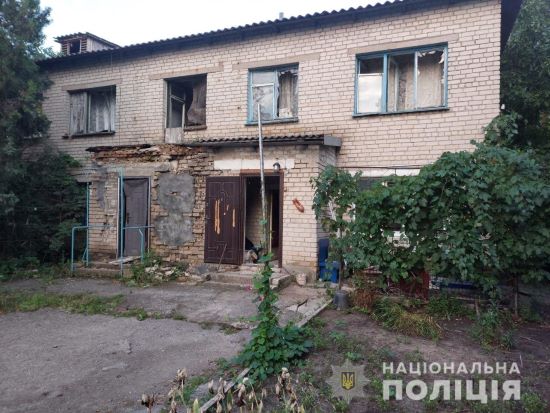 Dnipropetrovsk region: Police officers document the aftermath of rocket attacks by Russian troops.
Tonight, on August 5, the Russian army shelled the Nikopol region twice, covering the city of Nikopol with fire from the MLRS and inflicting a missile attack on the Myrivska community. Private houses and a gas pipeline were destroyed. Investigators and explosives experts are working at the scene. The police record all war crimes of the Russian Federation, document every fact of Russian aggression. 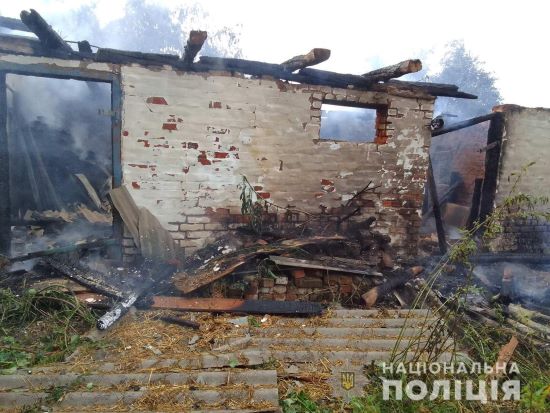 In the Sumy region, police document the consequences of shelling by Russian troops
The invaders fired at the Konotop and Shostka districts from mortars. A total of 33 attacks were counted.
Over the past day under enemy fire hit the villages of Kruzhok, Vovkivka, Starykove. As a result of shelling, 2 households were damaged. Information about the victims was not received. 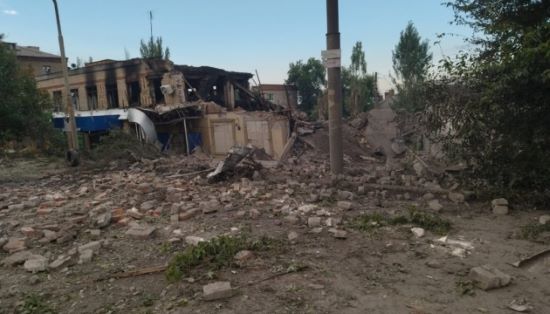 In the Donetsk region, the invaders again fired at the Toretsk community, the building of a shopping center in the central part of the city was damaged. There were no casualties. Authorities are calling for an evacuation.

Photo materials are taken from the official information resources of the State Emergency Service, the Toretsk city military administration, as well as the National Police of Ukraine.

The present of Ukrainian cities as a result of the invasion of the Russian army. Day 174