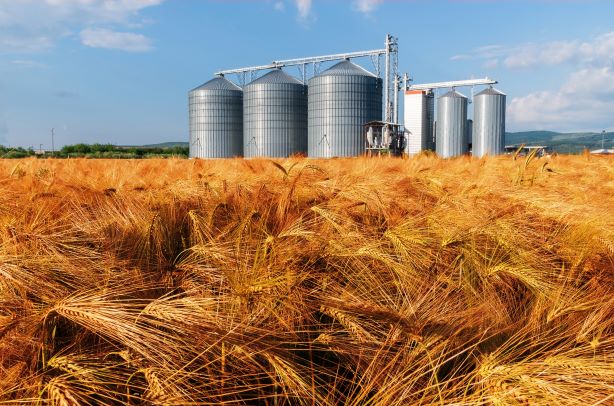 The Ministry of Agrarian Policy and Food of Ukraine has appealed to the governments of the United States, Canada, Great Britain, and the EU to provide Ukraine with temporary storage facilities. Preliminary results are: the first batch is already sailing to Ukraine.

This was announced by Deputy Minister of Agrarian Policy and Food of Ukraine Markiyan Dmytrasevych on the air of the national marathon “United News”.

Thus, according to him, given the rather problematic pace of export development due to the blockade of seaports, the shortage of capacity for storage of crops by the end of the year could reach 10 to 15 million tons.

“We are talking about temporary storage. These are the so-called sleeves for storing grain, which our farmers already used before the war. They look like long plastic bags that hold up to 200,000 tons of grain and can be stored directly in the fields. The second option used in Canada and the United States is the so-called temporary silos, or grain rings. This is a large metal ring, which is attached to a normal site, a special material that does not allow moisture to spread on the surface, and on top it is closed with a special awning that protects the grain from the environment. One such silus contains about 5,000 grains, ”Markiyan Dmytrasevych explained.

He noted that many farmers, realizing the future problem, are already buying such solutions, especially grain storage hoses.

The Deputy Minister added that before the start of the full-scale war, Ukrainian farmers had about 75 million tons of storage capacity. 10 million tons of granaries are in the temporarily occupied territories, the rest were either damaged or destroyed as a result of hostilities.

It will be recalled that Ukraine sowed 13.4 million hectares of agricultural land during the spring field works. According to forecasts, a harvest of 60 million tons of grain and oilseeds is expected.