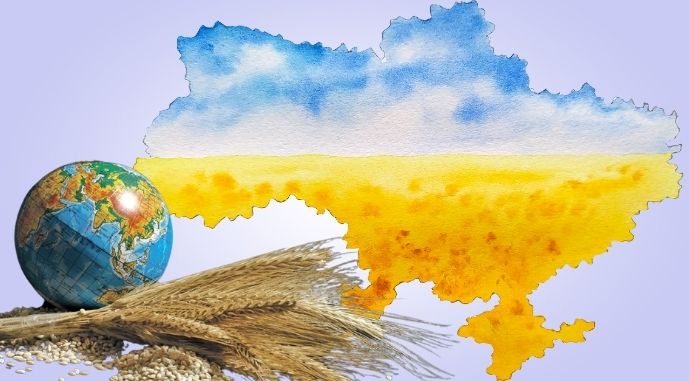 As the war in Ukraine pushes food, fuel and fertilizer prices toward record levels putting food security in many of the world’s poorest countries at risk, the UN’s International Fund for Agricultural Development (IFAD) today launched a Crisis Response Initiative to ensure that small-scale farmers in high-risk countries can produce food over the next few months to feed their families and communities while reducing the threat to future harvests.

“The disruption to global markets is shaking food systems to the core,” said Gilbert F. Houngbo, President of IFAD.

“This is particularly alarming for countries already grappling with the impacts of climate change and COVID-19, where more people are likely to be pushed further into poverty and hunger. IFAD’s new initiative will help protect livelihoods and markets so that the most vulnerable people can continue to feed their families and communities, and thrive for a better future.”

IFAD is calling on its Member States to contribute to the significant resources required to cover all 22 countries listed in the Initiative as priorities based on measures of need. The Netherlands announced at the launch of the initiative its contribution of €10 million, paving the way for IFAD to start allocating resources immediately to the top 3 priority countries including Somalia, but this is just a start and much more is needed now.

“IFAD’s role is critical to mitigate any shocks to food systems and in doing so protect long-term development progress. The international community must anticipate the far-reaching and worryingly destabilizing consequences of this war in Europe by supporting the most vulnerable,” said Marteen Brouwer, Ambassador of the Netherlands to Kenya at a press event in Nairobi.

The repercussions of the war are being felt most acutely in parts of Africa, the Near East, and Central Asia but other countries and regions are becoming more affected by the day. Many countries are vulnerable to price shocks due to their high reliance on food and energy imports from Russia and Ukraine. Other countries, especially in Central Asia, are experiencing a deterioration of trade coupled with a significant reduction of the inflow of remittances.

Vulnerable rural people are hit hard by the increasing prices of essential agricultural inputs, particularly now as they start a new planting season. Small-scale farmers, for instance, are struggling with paying fuel for machinery, fertilizer costs and transport to reach markets, and most don’t have the capacity to absorb price hikes.

In Somalia, one of the top priority countries for IFAD’s Crisis Response Initiative, electricity and transportation costs have spiked since the conflict in Ukraine started. Small-scale farmers relying on irrigation powered by small diesel engines have been affected. This shock compounds the worrying outlook of famine amid a severe drought.

“Most local farmers are unable to buy fuel and as a result they have incurred losses. We are now feeling the spiral effect in the cost of transportation, food and all other essential commodities,” said Fawzia Salah Mohamoud, a Somalian farmer.

IFAD’s response to the crisis

The goal of IFAD’s Crisis Response Initiative is to protect the livelihoods of small-scale producers and development gains made in recent years by addressing the urgent needs caused by the crisis.

Building on IFAD’s recent experience in responding to COVID-19, the Initiative is geared towards ensuring small-scale farmers’ have access to key agricultural inputs, fuel, fertilizer, finance for immediate needs, and access to markets and market-related information. The Initiative will also contribute to reducing post-harvest losses by investing in small-scale infrastructure.